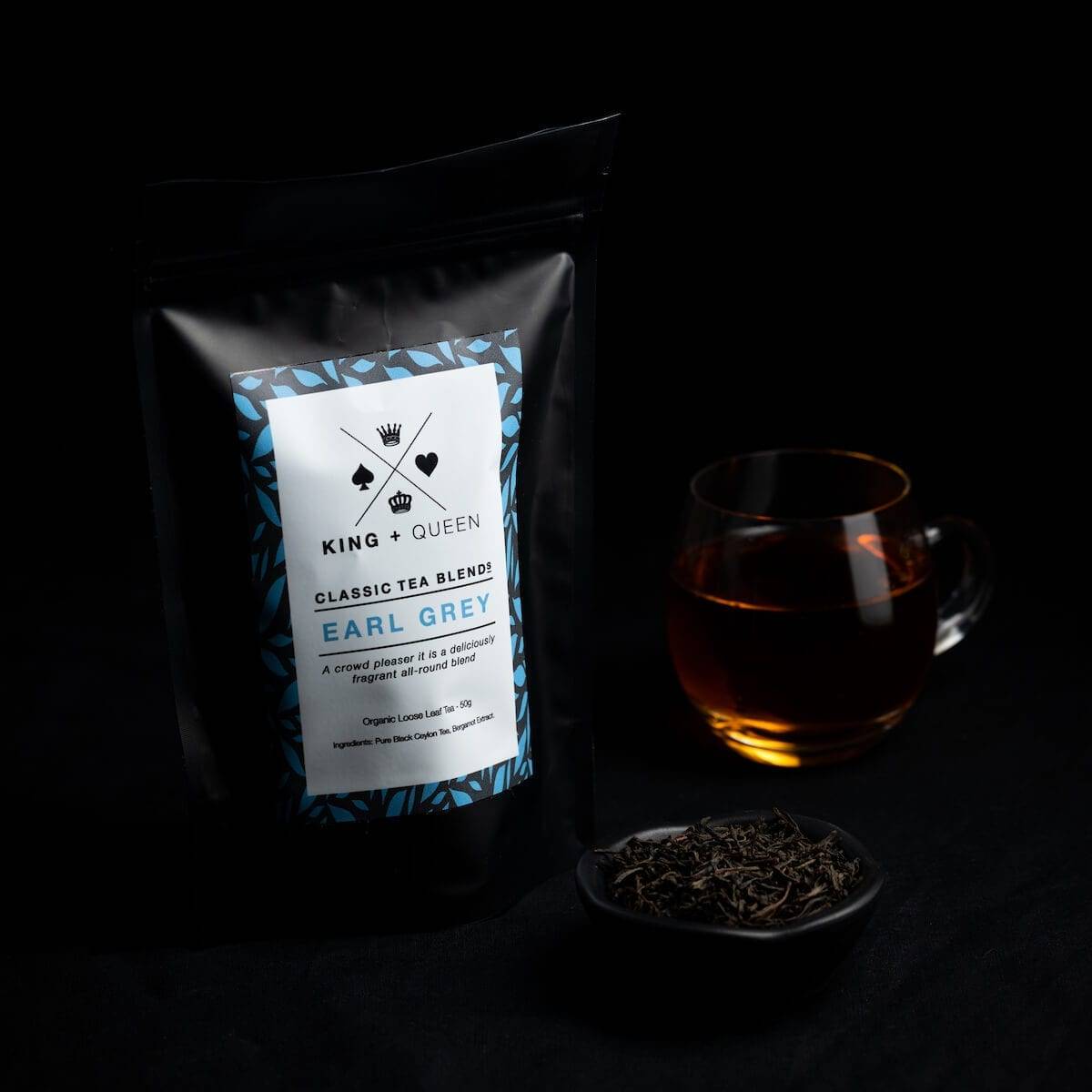 Earl grey is a fragrant and delicate tea flavoured with bergamot giving it it's unique citrus taste.

One of the most famous and sought after tea, Earl Grey, is a blend of Ceylon black tea flavoured with bergamot oil. Bergamot is a variety of orange that is often grown in Italy and France. Flavoured peel oil is added to give Earl Grey its unique flavour. The tea is named after Charles Grey, 2nd Earl Grey, Prime Minister of the United Kingdom from 1830 to 1834, who received a tea with bergamot oil as a gift.

Served in traditional evening tea parties with sugar, honey, milk, lemon, desserts, and snacks. In addition to its primary use as a tea, blended Earl Grey tea can be used as a flavour to prepare some sweet dishes and pastries. Ideal at any time of the day, especially in the afternoon. Also, perfect to have after cooling it down to enjoy iced.

The tea is a leader in many tea collections. King and Queen provide blended Earl Grey Tea, which is grown in Sri Lanka.

There are surprising health benefits of drinking Earl Grey that lies in its chemical composition.

Stimulate The Brain. It is believed that essential oils contained in the product not only increase immunity but also improve concentration, memory, and even stimulate the brain.

Weight loss. A drink containing bergamot accelerates metabolism and helps to reduce weight. It works well together with lemon.

Cold Relief. Earl Grey tea contains catechins; which are good during illness or for the prevention of colds. When antimicrobials were not yet available, people used Earl Grey tea to cure many inflammatory diseases.

Allow to steep for 2-4 minutes depending on desired strength.

*Individual results may vary on reviews